So the other night Kandis and I were talking to my dad in his driveway. While we were standing there, a car pulled up behind our car, which was parked in the street. Nothing unusual until the car pulled up and stopped so close behind ours that there was no room to walk between the two cars. This caught our attention. As the three of us watched, the car proceeded to smash into the back of our car sending the sounds of smashing metal and breaking plastic into the night air. This really caught my attention. I walked calmly (stormed) over to the convertible car and asked politely (screamed) what they thought they were doing. As I'm yelling at them to back up, the driver puts the car in reverse and backs up about an inch, then asks if that was ok. "No!" I yelled, "back UP!!". They finally did move the car... right into the back of ours AGAIN!


Finally, with both guys in the car running complex math to figure out how to put the automatic car in reverse and after hitting our car three times, they backed up. As I tried to talk myself out of pulling them both from the car and beating them (can't give Kandis another excuse to think I'm crazy), I bent down to look at our poor car... 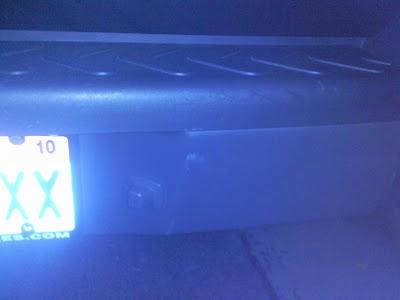 Apparently the smashing metal and plastic came from his car but if you look closely you can see two little scuffs in our bumper - basically no damage but still annoying. "No big deal" the passenger says as he gets out of the car trying to shake my hand... there were words exchanged until the guy was in my face reeking of alcohol. I pulled my fist back and smashed him in the face knocking him on the ground... Ok, not really but that's what I wanted to do but I didn't feel like possible spending the night in jail. We yelled at each other for a while asI tried to get him to throw the first one and give me an excuse. I know, I know, there wasn't even any damage to my car but he was really annoying me. His car was smashed pretty good (he he he). It was all getting a little out of hand until my dad stepped in and calmly (for real, he was calm. Good guy) said that we could always call the police and have them sort it out - especially since they seemed nice and drunk for their evening drive. This got their attention. I said that it was a great ideas and walked to my car to get my phone as the guy followed me trying to stop me. I called 911 and told them what happened - two drunk guys driving around had hit my car - and gave the operator the license plate number as the guy tried to take my phone and cover his plate. I couldn't reach the keys to his car either, bummer.

Eventually the guy got scared and and jumped in his car. I had to move out of the way when they sped off, almost taking my door with them. When the officer arrived they said they hadn't found them yet but if they did they would let me know. Still nothing unfortunately. Since the license plate was from California the officer said they didn't have much to go on but they would send a California trooper to the address down there.

Most of the scratches buffed out and we're going to replace the bumper anyway so we can have an integrated trailer hitch, but it was still annoying. I'm just glad the back bumper on the Xterra seems to be nice and strong. This makes the third time in 2 years that we have been hit - twice we weren't even in the car and the third time we were stopped at a stoplight. Looking back, I should have had some fun and punched him or something so they didn't leave. I guess I know better for next time.

Holy crap! What douches! I hope they get arrested.

Wow! I can't believe that happened. I am glad your car was not damaged bad. 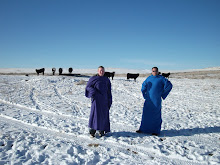